Last night I sat down with my daughter Nathalie. We were talking about freedom of religion and the impact religion has on children. I knew she had nightmares as a little child but I didn’t know it was because of what she heard in church every Sunday. As adult you might forget that, no matter what age your child has, it understands a lot more than you realize.

I always thought I protected my kids from the religious pressure I had as a child. I tried to teach my children how to pray, taught them to respect others, to love and behave polite, but without the threats and doom. So it took me by surprise when she told me the cause of her nightmares. It is hard to control what your kids get exposed to while sitting in church. We were so used to hear about doomsday all the time that maybe we forgot what an impact it had on us when we were young.

All the pressure I got as a child, gave me lots of nightmares and anxiety. In “The Message” they believe in the doctrine of the rapture. Where Jesus is coming to get his “Bride” before the big tribulation where the rest of the people, that will be left behind, have to give up their lives for Christ. Also there is this conspiracy that even before the rapture, the Catholic Church will persecute all the believers from “The Message”. Torture them to give up their faith and even kill them if they wouldn’t. 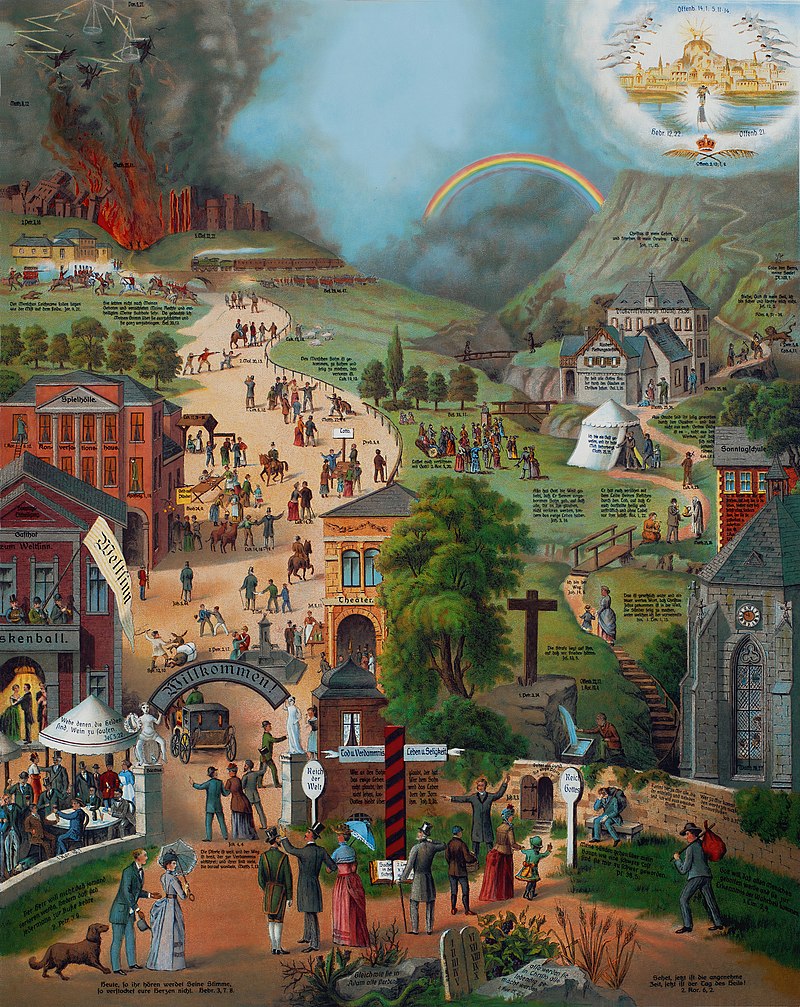 Teachings about torture in church:

I remember very well these conventions we had every Autumn in the 80’s. Preachers and believers from all over the world would come. And often the church services would last more than 3 hours. We had to sit and listen to them.

One year there was this preacher from one of the East-European countries. He was preaching and talking about the persecution of the believers by the Catholic Church. He was talking about how they were building torture chambers in his country. Saying it won’t be long until we will be tortured for our believes. And we all believed what he said. It was terrifying. I was so scared. They taught us that we had to love God so much that one was willing to give up his/her life. I felt guilty because I was scared of what was about to come. If it was for God we shouldn’t fear it but gladly do it.

Fear as a tool:

Fear is a great tool to keep you in control and my parents did use it daily. You can read here how scared I was to cut my hair. If you don’t behave, God doesn’t love you and you won’t go to heaven. If you don’t pray and read your Bible, when you like the beat in a song or like watching tv at the neighbors house (we weren’t allowed to have a tv). Even if you like jewelry; you have the longings of the world inside you and can’t be filled with the Holy Spirit. Every time I would get angry, when I did something wrong, when I spoke back to my parents, they would remind me of that doom.

Sometimes my mum would cry and tell me she was afraid that we would be left behind and not going into the rapture. After my siblings and I were quarreling like all kids do. There was this indecent where I totally panicked when I came home from school and tried to find my mum. She was making dinner and I couldn’t find her. I thought I missed the rapture. I think the pastor still gets lots of unanswered calls from children that panic and check if he still is here on earth for if he will pick up the phone, the rapture can’t have happened yet.

Did God make it too difficult to be a good Christian?

I remember so well that I was lying in my bed one night, thinking about that sermon about the torture chambers. About my life as a kid. And I started to cry. I told God it was so unfair of Him making it so hard to be a good Christian and even harder to be a part of “the Bride”. Longing with my whole heart to be His child. I did the best I could but no matter what I did I was never good enough.

Freedom of religion: Parents forcing their religion on the kids

Lately there is going on a lot of debate here in Norway about religious parents and forcing their religion on the kids. Mostly about those that practice Islam and make their small girls to wear hijab to school. But there is so much more going on that is not visible. Even in Christian communities.  As any parent you always want the best for your child and believing that the child will be lost when it doesn’t believe in their religion, puts a lot of pressure on both the parent and the child. Especially when there is this attitude where you have to save your child at all cost.

So freedom in religion has a dilemma. If you forbid the parents to influence their children until they are old enough to make their own choices, you take a away a part of the freedom of religion from the parents. But when a child grows up in a religion, with all that pressure and fear, forcing to believe and live by it, you take away the freedom of religion from the child.
Nathalie wishes she could have been protected from it all but understands we did what we thought was best. We grew up in it too and we didn’t know any better. But my heart bleeds. Thinking about the fear, the pain and the nightmares it caused her too.

[…] others? To understand that you need to know where the drive came from. In one of my articles “Freedom of religion and its dilemma,” I tell about the fear I lived in. From a very young age, I had nightmares and fear for not […]

From all the sacrifices I had to make as a kid, these two were the worst -