Growing up in the cult I had to make a lot of sacrifices. There were so many things I was never allowed to do. Sports, dance, music, tv, entertainment you name it. Even though I can live my life now as I please and fulfill a lot of dreams. I can’t get rid of the feeling that my childhood got stolen from me.

One of my biggest sacrifices was giving up swimming, as I loved to swim. As a kid, I got a season ticket for the swimming pool for the summer holidays. Many times a week I would go swimming with my neighbors or friends from school in this amazing pool facility we had in our small town. But when I reached the age of 12 it came to a brutal end. 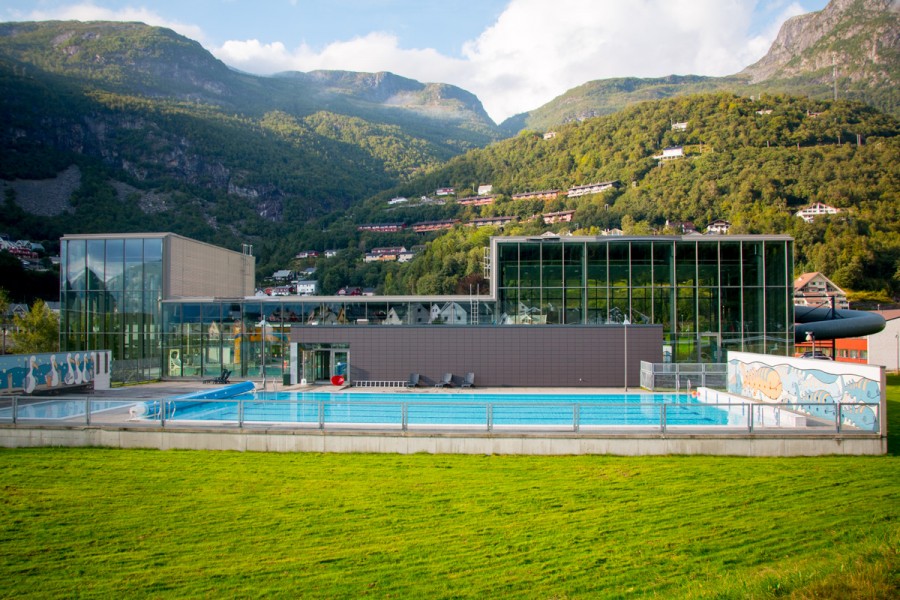 We weren’t supposed to expose ourselves to others in bathing suits and by reaching the age of 12 I was looked at as a young woman.

My parents explained why I couldn’t swim anymore in public places. Even though I understood it then, it did hurt. It hurt so much not be able to join my friends when they were going for a swim. When one of my younger siblings would swim for their diploma I prayed and wished some kid would fall in the pool so I could rescue him/her and swim. This is how badly I wanted to swim. I would dream and look with longing eyes into the water and wished I could just jump in it. Just the smell of the swimming pool would make me wish and dream.

In the summers we would go swimming in the nearby lake. Always late in the evening so we would be alone and nobody would see us. But it wasn’t really the same swimming with clothes on in sandy, cloudy water. Every time I would hit the bottom I would shudder of the things I would feel with my feet. I still don’t like swimming in the fjord, lakes or another place where I can’t see the bottom and what is beneath me.

In the church, the pastor made fun of those adults that did swim.

Comparing it to sharing a bathtub with strangers and how all these women in bathing suits were seducing the men. The prophet even said we were designed by Satan to seduce. In the Dutch church where I grew up, we weren’t allowed to show any female part of our body. We wore long skirts or dresses and clothes that were too big just to hide it all.  They would often discuss and say how immoral the Scandinavian countries are where they don’t have private showers and changing rooms. I am totally aware that there are countries where men and women are not allowed to swim together. But here in the “West”, it is normal.

Just a few months after we left the cult, we were on a long weekend in Danmark. Nearby our hotel they had this amazing swimming facility and for the first time in all those years, I swam in a real pool. The happiness I felt inside of me was overwhelming. I thought I might explode off the excitement. Coming home and start swimming in our counties swimming pools wasn’t that easy. Cult or no cult I am not used to showering naked with other women. In The Netherlands, every public swimming pool has private changing rooms, separated showers you don’t need to share.

It took some time until I finally got over myself and started swimming weekly again. I still am not really comfortable in the garderobes but one step at the time I find myself feeling freer.

The other sacrifice I had to make were my toys. From I was 4 years old I loved the horses from “My Little Pony”. Every birthday they were on the top of my list. I was collecting them with the accessories until I was 13 years old and was forced to throw them all away. I felt so hard broken but it was all in the name of sacrificing my worldly goods for the afterlife. 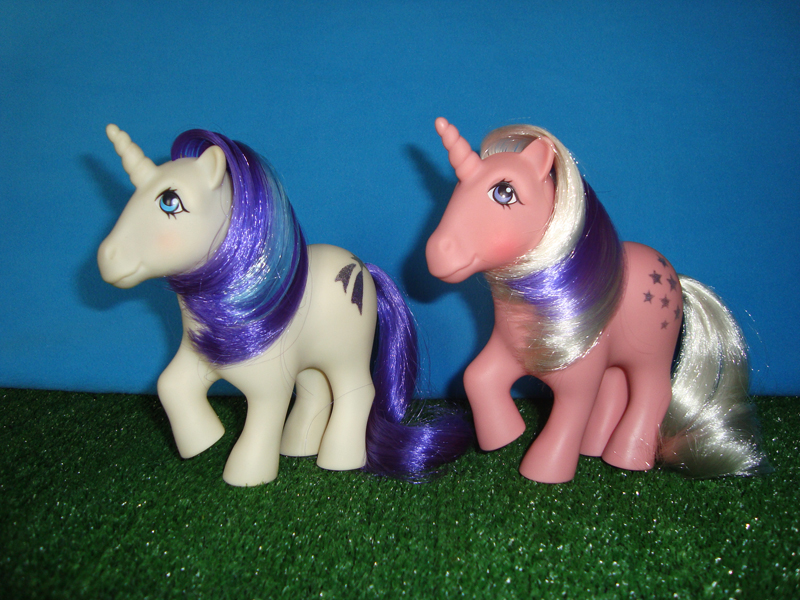 The old models from the ’80s and early ’90s; I had them all. Until they made them smaller and more skinny. Those I didn’t like. I had the castle, the dance school, a lot of clothes. I brushed their hair and had them displayed in a corner of my sleeping room. It was my comfort corner. Whenever I would feel sad I would lay down on the floor and look at them and all the colors. It made me happy. I think I even had some of them with me in bed before I got older.

But then the day came my mum got this booklet from a friend that was about children and occultism.

In it, there was a list of toys and a story about how these toys were drawing the children to hell. And unfortunately “My Little Pony” was on the list. I cried a river. I know my mum loved me and wanted the best for me understanding that she was afraid of the hell and doom that they put on us too and tried to protect me from it. She believed with her whole heart that she was doing and teaching us the right thing.

But I put so much effort and money in it to gather them all. I didn’t get any pocket money so I bought them all from the money I got on my birthday. Sometimes I had to save for 2 years to buy what I wanted. But my mum convinced me I had to get rid of them. I asked her to sell them so I could at least get some of the money back but then she said I shouldn’t because it would draw another child to hell and I didn’t want that to happen. So with a broken heart, I threw them all away.

I was kind of heartbroken over it. But it did help when I got to care for some real horses and got to ride them. I remember witnessing about it that my sacrifice paid off but I still regret it until this day that I did it.

Thanks so much for sharing, I`m sure this must have been hard for you to write so I really appreciate you taking the time to write this.

It is a part of the healing process. It feels good to write about it. Like springcleaning 🙂

I’m glad you started swimming again. Thank you for sharing this, it must have been hard for you.

It has been hard and sometimes still is but taking small steps and really enjoying the things I wasn’t allowed to do before.

Such a great content, I really love how you’d shared your personal experiences and perspective in this blog. Thanks for sharing. 😊

Thank you so much!

Swiming is always fund. I always loved it. Appreciate that you’ve restarted it again.

Yeah, I can swim for hours lol. Love it.

Awe no swimming? That was something we did daily all summer, I am sorry you missed out on that :/

yeah, that was a tough one. But am catching up and going often now 🙂

I’m so sorry you went through this. I hope writing this blog and sharing helps you heal. Thinking of you❤️

It is a part of the healing putting it all in the open. Also bringing awareness. I have a good life now.

Wow, you really did go through a very tough time with this cult. As a kid, it must have really been confusing and heartbreaking for you to experience all these. 🙁

Yes, I got traumatized from a very young age. But life is good now 🙂

I felt sad when I read your story. I know how it feels giving up something that you really want. Glad to hear to you are now started to swim.

It actually haunted me for years. But now I do feel so much more free and I do appreciate the small things others might take for granted 🙂

I don’t have the rights to ask the question, but I just wanted to say that everything happens for a reason. Maybe you sacrifice those things when you were a kid but it is never too late for you to do these 🙂

Yeah, everything does happen for a reason. And bringing awareness on spiritual abuse may be one of them.

When I was a kid I have a lot of things that need to sacrifice but it doesn’t affect my childhood. Now, I can do all the things that I want.

I think it depends on what kind of things and how your life was. I got traumatized, had nightmares from a very young age. This blog post was just a little part of it. If you want to read more about spiritual abuse check out my other blog posts too 🙂

What did I get myself into; A non Muslim joining the Ramadan - Our Life Stories

[…] From all the sacrifices I had to make as a kid, these two were the worst […]

So sad to hear your childhood experience, it must be so heart breaking to give it all up. It will never be too late, do what you have to and what makes you happy.

I had those experiences where I need to sacrifices a lot of thing in my life. And all my emotions just build up and make me feel somehow confused and keep questioning the thing. So I’m glad you manage to do what you love all over again. I’m happy for you <3

This was beautifully written and really touched me. You write so well and with so much feeling too. Thank you for sharing.

Oh my goodness I couldn’t even imagine having to grow up like this. I’m sorry to hear that you felt your childhood was stolen from you. Your childhood is supposed to be fun and carefree. I was obsessed with My Little Pony as a kid, so I couldn’t even imagine having to throw them away. I’m glad to hear that you survived it, and you’re able to live your life on your terms now.

This couldn’t have been easy to write, I think you’re very brave and strong for doing so! Thanks for sharing!
J

Thank you for sharing your story. I’m happy to hear that you found your way back to swimming.

That is very sad. I think it’s an important message to share though.

I have a lot of questions in my mind but I know I had to respect others culture and belief. I feel so sad after reading this post.. I cant imagine the pain you felt about throwing away your happiness.. I hope this release would help you heal all wounds.

I am really sorry to hear what you have been through as a kid. I think parents should NEVER force their beliefs on their kids (or anyone else, in fact). I grew up in an atheist family – so luckily, no one ever bothered me with restrictions like your parents did to you!

Wow! Well done you on sharing such a brave and inspiring story 🙂 you should be proud of yourself x